How is Block Puzzle Beneficial for You? Find Out Here 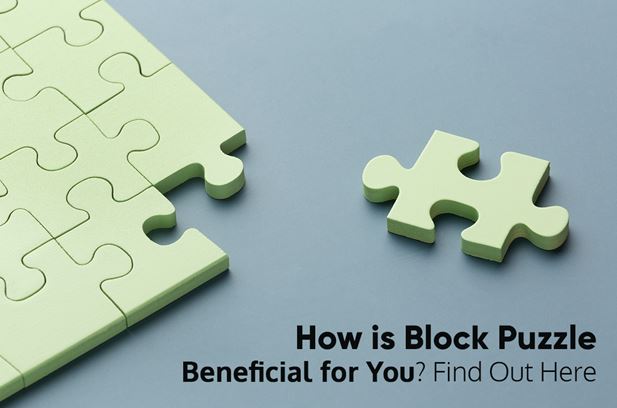 The first ever puzzle game, jigsaw puzzle, came into existence in 1767. Since then, the popularity of the puzzle game genre has significantly increased. As per a Medium article, puzzles are fun and interesting to play, which is why people of all groups indulge in numerous puzzle games.

Thanks to the popularity that puzzle games enjoy, different varieties of online puzzle games are readily available for users of all platforms. A great example is the online iterations of the block puzzle game. Besides being fun and exciting to play, the game benefits players in multiple ways.

Here are some of the most prominent advantages of indulging in block puzzle games:

One of the most prominent benefits of indulging in block puzzle games is that it helps players enhance their intelligence by improving their ability to get better at solving problems quickly and efficiently. All major online block puzzle games feature timers, which keep players on their toes, i.e., they need to make the right moves after thinking quickly.

Besides this, the competitive nature of the game instills motivation in players to develop effective strategies to ensure that they clear the maximum number of cells to defeat their opponents. Hence, the more an individual plays block puzzle games, the better they get at resolving issues.

This aspect of block puzzle games also helps players in real-life situations. Hence, individuals who frequently play block puzzle games are habituated to quickly resolving problems, which makes it easier for them to deal with all sorts of crises easily.

This aspect of block puzzle games allows players to capture a mental image of the virtual grid and visualize the way in which they should place the incoming blocks. Hence, it would be safe to say that by playing block puzzle games, players can significantly enhance their memorizing power.

However, it is important to note that players who wish to increase their ability to memorize things should remain consistent. Individuals who play the game inconsistently will not be able to improve their memory. Hence, it is advised that players remain consistent to experience growth in terms of memorizing powers and capabilities.

In today’s fast-paced world, the majority of people suffer from stress and anxiety. Hence, it is important for every individual to indulge in relaxing activities such as playing games like block puzzle to rejuvenate themselves. Indulging in block puzzle games allows players to unwind after a tiring day or week. It acts as the perfect outlet which facilitates them to let go of stress and anxiety.

Besides this, brain-teasing games like block puzzle allow players to move away from reality for a little while and help them enjoy the present moment. Even though it is for a little while, they help individuals forget their woes and troubles and help them feel better. Once individuals are done with block puzzle games, they feel refreshed and energized, and as a result, they work or study more intelligently, thanks to a decluttered mind.

In addition to being smart and mentally agile, most intelligent people have laser-like focus and determination. Block puzzle is one of the few games that allows players to enhance their concentration skills and develop top-tier focus. Whether a player is competing against their friend or an anonymous opponent in a block puzzle game, their primary objective is to win.

However, to ensure victory, players need to not only make smart moves that increase their chances of winning but also focus on their opponents’ moves and progress and make moves accordingly. Hence, block puzzle games compel players to concentrate on both their progress as well as that of their opponents. This aspect of the brain-teasing puzzle game helps players in improving their concentration skills and improve focus.

Spatial reasoning refers to the ability of individuals to manipulate three-dimensional objects in their minds before performing any actions related to them. While playing block puzzle games, a mental picture of the game is created in players’ minds. It requires them to look at the different block pieces to figure out the best place to set them.

The more block puzzle games an individual plays, the more their spatial reasoning capabilities improve. Individuals who consistently indulge in block puzzle games reinforces their brain cells, which in turn has a positive impact on the mind of players.

Another prominent advantage of indulging in block puzzle games is that it helps in improving mood. The rules of the game are very simple and easy to follow. Besides this, the gameplay is also very fun and exciting. Moreover, the level-based system featured in most block puzzle games helps players feel a sense of achievement whenever they complete a level. The more an individual indulges in block puzzle games, the better their mood gets.

Thanks to the benefits block puzzle games offer, millions of people all around the globe love playing them on their respective devices. Indulging in block puzzle games is a great way for players to enhance their mental health in multiple ways.