The best text editor can have a huge impact on your productivity and workflow. Although there are many text editors available in the market, you should choose a simple and functional code editor for your convenience. The best text editors offer a fast, flexible interface that allows you to be more efficient at writing code, and they offer functionality to help you examine code for mistakes and see where edits need to be made.

It does not matter whether you are coding on Linux, Mac, or Windows PC. Before you even start learning, one must choose and download the text editor of your choice. Below is a list of the best free and paid text editors(mostly are free to use). Use them to edit everything from TXT files to HTML, CSS, Bootstrap, JavaScript, Java, Python, PHP, Bat files, and more. 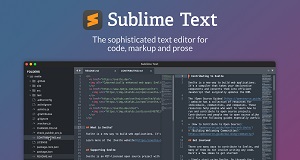 Most of the web developers use this source code editor to do web programming. The advantage of multiple selection in this is that whenever you can edit any text that is available more than once in a document with only one selection, it has the advantage that you will avoid the chances of making a spelling mistake. are reduced.

Its most important feature is that it shows the scroll bar with coding in the small view on the right side, so that you can easily scroll the documents up and down.

Notepad++ is a free source code editor. It supports in MS Windows. Notepad++ supports many languages. This includes things like Line Number, Color Coding, Hints and other helpful tools. These additional notepads are the best option for web designers and front end developers. C ++ programming language has been used to make this software.

Whenever you are new to the field of programming, first of all you are advised to use Notepad++ text editor because this text editor is very simple which is very easy to use. This is the advancement version of Notepad text editor because it has been made advanced by adding many features to it.

The program uses tabbed browsing, which means that multiple documents are open at a time and they will be displayed on top as tabs. While each tab represents its own file, the program can interact with them all at once with functions such as comparing files for differences and searching or replacing text.

Some of most popular featured of this like: multi-page searching, read-only mode, bookmarking, macros, resumed sessions, encoding conversions, auto-backup, , searching for words on Wikipedia, and opening the document in your web browser.

Windows is the only supported OS, both 32-bit and 64-bit versions. That’s why we can say that it is the best text editor for windows.

Brackets is a free text editor that’s primarily meant for web designers, but can of course be used by anyone to view or edit a text document. It has many unique features like if you give color code then you will have its color show in a popup box on the same, if you give link of image and image is correct link then image will also show in popup box.

A live preview button is also available in this, by clicking on which you can see the output. If you write the code of scripting language through this software, then you will also get to know about the errors in it.

It supports multiple platforms, such as – MacOS, Windows, Linux. We can easily improve and optimize our code.

Because of its affiliation with Adobe, Brackets has somewhat of an integration with Photoshop, in that it can take pieces of your PSD file and generate code for your project.

Developed by Microsoft Visual Studio Code, it is an integrated development editor that allows you to write code in HTML, CSS and other programming languages. It is an open source software, all its features are absolutely free for the developers. It builds and debugs almost all dynamic languages. Like – Node.js, Java, Python, And More. It’s also an open source project that you can download directly to macOS, Windows, or Linux for free.

Like Atom and Sublime Text, it offers a variety of packages and free extensions that can be downloaded from its marketplace to add additional features – and the code editor itself can be customized. While using it, VS Code is quick and can handle quite a few interesting tasks, such as quick Git commits or opening and sorting through multiple folders’ worth of content.

Atom is an open source text editor developed by GitHub that allows you to easily customize each phase of it. Available in thousands of open source packages and atom with new features and functionality, this feature makes Atom the best code editor. They build a package from scratch and publish it for everyone else to use. atom comes pre-installed with four UIs and eight syntax themes in both dark and light colors, which are easy to customize and style Atom.

It is a cross-platform system, which works on operating systems like Linux, OS X and Windows. A large number of packages on the platform are developed by its community – and if there’s something that doesn’t already exist, you can create it by editing the CSS in its back end. 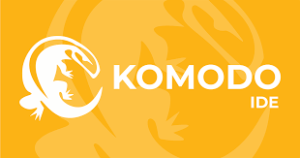 Komodo Edit is another free text editor that has a clear and minimalist design that still manages to pack some awesome features. The idea behind Comodo Edit is to offer something powerful, yet with a certain level of simplicity, that even beginners can understand. You can download Komodo Edit best text editor for Mac or Windows operating systems. It’s free and open source, allowing those who don’t need all the advanced features a text editor to complete smaller projects.

Various scene modes are included so you can quickly open or close specific windows. One is a focus mode to hide all open windows and display the editor, and the others show or hide things like folders, syntax checker results, and information.

Read Also:  How to compress video without losing quality 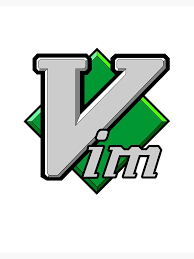 Vim is perhaps the most contentious code editor in this list. A command line software included natively with Linux operating systems and macOS and available for download for Windows, Vim is a favourite for many old-school programmers and keyboard enthusiasts. It’s navigated entirely via the keyboard, making it much faster and more efficient, but only if you make the effort to learn how to operate it. It’s also extremely customisable – to the extent that a command line program can be customised). You can use a number of keyboard shortcuts to speed up code editing, and even better, create customised commands to fit your own workflow.