We are all fond of TV. However, in today’s modern era, TV has also become smart. You will find different types of smart TVs in the market, which have special features. In these televisions, you can easily enjoy content related to OTT platforms like Netflix, Amazon Prime and Hotstar. At the same time, there are many people who still have old LED or LCD TVs in their homes. If you also have such an old LED or LCD TV in your house and you also want to enjoy the OTT platform by making your television smart. In this article, we are going to tell you how to convert normal tv to smart tv with the help of which you can convert your normal television into smart TV.

How To Convert Normal TV To Smart TV

Google Chromecast is a great media streaming device. Which will work well on your TV. This is a product of Google, so it supports Google Assistant. All of them are compatible with Android. With its help, you can enjoy all the OTT apps as well as you can also view your phone’s gallery on your TV. 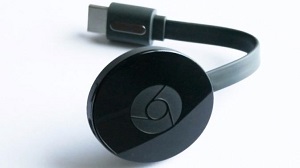 It can be connected to TV with the help of HDMI cable. After connecting Google Chromecast to TV, you can watch the content of mobile and computer on TV. It is necessary to have Wi-Fi to use it.

You can follow the easy steps below to set it up for yourself:

1. First of all, turn on the TV by plugging the Chromecast device into the HDMI port of your normal TV. You’ll find this port on the back of the television. As you can see in the below screenshot.

2. After turning on the TV, plug in the charger pin in your Chrome Cast device and power it on. You can also give power by connecting the data cable to the TV. After powering on, select the HDMI port from the TV remote by pressing the Source button. In which you have installed Google’s Chromecast device.

3. Now you turn on Wi-Fi in your smartphone. Then click on the Cast button. Now you will see the set name on TV. As soon as you select it, your TV and smartphone will be connected.

4. If Cast option is not coming in your Smartphone. So you go to the Google Play Store and download it by typing Google Chromecast. Once installed, open it and connect your Chromecast device to your TV. 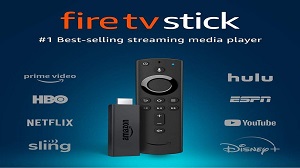 With the help of Amazon Fire TV Stick, you can also convert your old TV into Smart TV. It is available on Amazon’s website. In this you will get access to Prime Video, Hotstar, Netflix, Zee5, Sony LIV, Apple TV etc. The special thing is that Alexa support has been given in it and you can access apps for voice remote control. It can be connected to TV via HDMI port. Connecting is very easy. It has dual band Wi-Fi and Bluetooth support for connectivity.

1. Connect it to your TV’s HDMI port, plug it in with the power adapter, and once you’re done, grab the remote.

2. You sign in with your Amazon account (if you buy it on Amazon.in, it will come preloaded with your credentials).

3. The home screens are laid out in such a way that you need to scroll right or left to switch between apps, Prime TV shows, and movie libraries—it’s a breeze to try and find new content.

4. Connect it to any Wi-Fi network or your mobile hotspot and you are ready to go.

Read Also: How to connect laptop to TV with HDMI cable 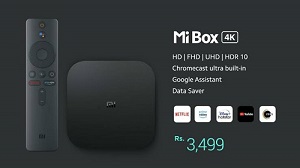 For features and specifications, you can convert your old TV into a smart TV through Xiaomi Mi Box 4K. The device supports all popular streaming apps and with Google Play apps can be accessed using the device. Mi Box 4K offers HDR 10 and Dolby Atmos support to users. Talking about the operating system(OS), it works on Android TV 9.0. The device comes with a built-in Google Assistant that lets you control the Mi Box 4k through voice commands. Talking about connectivity, this device has been given HDMI, USB 2.0 and Bluetooth.

1. Take out the HDMI cable (it comes inside the box), plug it into the box’s HDMI port, and then to your TV.

2. Now plug the power port into an outlet, and you are good to go. Once done, insert the battery into the remote, turn on your TV and device, and follow the on-screen instructions.

3. Like any other Android TV, you’ll be prompted to connect the device to the Internet, sign in to your Google Account to use the Android apps.

4. The whole process takes anywhere from 10 to 12 minutes. 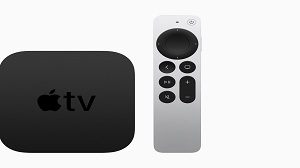 There is also a device from Apple company named Apple TV, using which you can convert your normal TV into Smart TV. Through this also you can see the channels which you have bought or rented. But in this you do not get any internal storage option. To use it, you have to install some apps like Plex, Play To or Apple TV Air Play Media Player on your mobile or tablet.

You can operate it from mobile also. For which an app will have to be installed, whose name is Apple TV remote, it will be available in the play store for iOS users. And android users will also get it in google play store. But apple company did not make this app for android users. You will also get all the video streaming platforms from the medium of this device. On these platforms, you can watch as many videos as you want with the help of Internet.

1. Look for the HDMI ports on the back of the TV and the Apple TV box.

2. Plug your HDMI cable in, one end into the TV and the other into the Apple TV box.

3. Make sure you note down the port that you plug the HDMI cable into your TV.

4. Take the power cord and connect it to the Apple TV box, with the other end going to the wall socket.

5. Turn on your TV to the HDMI source you’ve plugged the Apple TV into. This should be the port number you noted earlier.

Read Also: How To Clean Laptop Screen And Keyboard

Android 9 Pie operating system has been given in Airtel Xstream Box for features and specifications. It offers support for Google Assistant and comes equipped with a voice-enabled remote control. All popular streaming apps can be accessed through this. It has support for Google Play Store and you can access regular satellite TV content as well.

For features and specifications, Dish SMRT Hub Android HD Set Top Box supports Google Play Store and Google Assistant. Through this you can access all the popular streaming apps. It has been given built-in Chromecast. There is a separate Dish TV SMRT kit dongle with Alexa support, which can be connected to the DishNXT HD set-top-box to use the online streaming app.

Read Also: Best prank links to send to your friends