Types Of Bluetooth Attacks & How to Prevent From Bluetooth Hacking

These days Bluetooth is being used a lot in smart devices. Whether you want to connect the device to your earbuds or headphones, or share files with anyone, it makes things easy. Not only this, almost all devices nowadays are Bluetooth enabled. From smartphones, IoT devices to computers and cars. People are surrounded by this technology every day. If you do not use Bluetooth carefully, then it increases the risk of bluejacking, bluebugging and bluesnarfing these are types of Bluetooth attacks. It can also harm your privacy and security. If you want to avoid them, then you have to know what it is and how to keep yourself safe from it.

Bluetooth hacking occurs when hackers gain access to an unsuspecting user’s data with the help of malicious malware and other tools. Vulnerabilities like Bluehborne, which are mostly remotely exploited by hackers to gain access to the victim’s device is some of the Bluetooth security concerns. Although Bluetooth is designed to be secure, it’s certainly not an unbreakable protocol, and a number of different types of Bluetooth attacks have been discovered over the years. Some of the biggest Bluetooth hacks of modern times include:

Attacks caused by bluesnarfing are more dangerous, where unwanted content is sent to the victim in bluejacking, whereas in bluesnarfing attacks, content can be obtained from the victim. In such attacks, Bluetooth connections are manipulated to steal passwords, photos, contacts, data, etc. from the device. But the dangerous thing in this case is that the attacks can be difficult to detect. Whereas in bluejacking, it is immediately known that someone is sending you a message. But you can’t see that someone is stealing your data over Bluetooth. If you see any Bluetooth activity on your device that you haven’t started, it could be a sign of Bluesnarfing.

In this, hackers can access the device up to a distance of 300 feet without leaving any traces. During the attack, cybercriminals can access and steal contact information, emails, calendar entries, passwords, photos and other Personally Identifiable Information (PII).

Bluesnarfing and bluebugging are pretty much the same thing. In this type of attack, hackers gain access to your device and install malware so that they can get access in the future. As the name suggests, one of the purposes of bluebugging is to ‘bug’ or spy on your device. But in this, criminals can use it to control you device even remotely. Phone conversations can be overheard or hackers can forward the conversation to third parties. During a bluebugging attack, the hacker can read and respond to SMS. What’s more, you can make calls and access online accounts or apps without alerting the device’s owner.

The first step for a bluebugging attack is to connect the victim’s phone via Bluetooth as in bluesnarfing. The attackers then install malware on the device, which allows them to bypass the method to avoid authentication in the future. This gives them complete control with complete access to the device.

Talking about bluejacking attacks via Bluetooth, it is kept in the less dangerous category. Such attacks include sending unwanted messages over Bluetooth. If you have your Bluetooth turned on or Bluetooth active, someone else in the vicinity can use your Bluetooth to send messages. But you would not want anyone to access your device via Bluetooth at all. Since bluejacking doesn’t allow you to install or control anything on the device, it doesn’t do much harm in most cases.

But the attacker can send inappropriate content, which can be harmful. But it will not cause any technical or economic loss. But bluebugging and bluesnorkeling are a more serious threat.

The name Blueborne was derived from the fact that it can “spread through the air (airborne) and attack devices via Bluetooth” (Armis).
To perform a Blueborne attack, hackers need to infect your device like computer, mobile phone or IoT devices with malware. That will allow an attacker to take control of the device. What makes things even worse is that, once your device is infected, it can infect other devices it connects to.

If your device’s software is outdated and doesn’t use a VPN,, it is vulnerable to Blueborne attacks so, update your devices system software to make sure it is on its latest version and use VPN an additional security measure.

If the exploit is successfully executed then the hacker can act as a man-in-the-middle to intercept sensitive data shared between the two connected devices.

The attack takes advantage of a common flaw in Bluetooth vehicle implementation wherein certain car manufacturers use the same 1234 or 0000 passkeys for authentication and encryption. Hackers can use a laptop and a Bluetooth antenna to connect and listen in on hands-free conversations or talk directly to the people in the car. Secure your car’s audio, Bluetooth headset, and entertainment system by changing the manufacturer’s PIN code.

How To Know My Bluetooth Devices Hacks

It can be very difficult to identify a Bluetooth attack as it happens, since the methods used by today’s Bluetooth phone hackers are carefully designed to be unrecognizable.

2. Keeping an eye on your emails and online accounts for signs of unauthorized access or attempted logins from unknown devices and locations.

3. Regularly checking your apps folders (and processes if you use Android) for items that you don’t recognize or haven’t installed.

4. Monitoring your data usage. Bluetooth attacks will often send data back to attackers in the background, and you should be able to see your data usage increase. If it seems like your smartphone or tablet is sending or receiving a lot more data than usual, that may be a sign that a Bluetooth spying hack is present.

How To Prevent Bluetooth Hacking 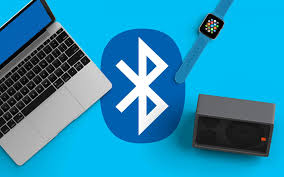 Let us tell you that due to the limitation of Bluetooth, such attacks are very limited. Still, it doesn’t take long for hackers to do a lot of damage, so you need to know how to stop Bluetooth hacking:

1. The most effective step is to turn it off when you are not using Bluetooth. Do not pair with any device that you do not recognize. Never accept pairing requests from strangers.

2. If you are concerned about access to specific information on the device, it is best to avoid storing sensitive data on a device with active Bluetooth.

3. Use strong passwords and change the password frequently. This can protect the device. That way, even if the bluetooth attacker gets your password, it won’t be effective for long.

4. Bluebugging attacks take advantage of software vulnerabilities to bypass authentication. That is why it is very important to always keep your device up-to-date.

5. Refrain from sharing any sensitive information via Bluetooth. This includes bank information, passwords, personal photos and other personal information.

6. Sometimes hackers target those Bluetooth devices, which are within their range and discoverable. There are also many such cybercriminals who hack even devices without discoverables. Although these attacks are rare, hackers’ options have to be limited and Bluetooth’s settings should not be discovered.

7. Crowded public places are hotspots for hackers. If this is your first time pairing with a device, make sure to do so at home, in the office, or in a safe area. With this hackers will not be able to detect your Bluetooth device.

8. If you’ve previously paired a device with Bluetooth and it gets lost or stolen, remove the device from the paired list.

9. Put device updates or patches at the top of your priority list. Let us tell you that to avoid such attacks, it is very important to know about bluejacking, bluesnarfing and bluebugging first.

10. You can keep the SIM card in the phone protected with a passcode. For iPhone Settings > Cellular > SIM PIN. After this enter your existing PIN, so that the lock can be enabled. Android users can lock SIM from Settings > Lock screen and Security > Other security settings > Set up SIM card lock.

11. To protect yourself against the Blueborne attack, ensure that you never use public Wi-Fi network.

13. If you make phone calls from your car with your Bluetooth device, have them switched off before getting out.

14. Ignore spam messages if you receive them.

15. Disable features that use Bluetooth, such as AirDrop on iOS or Fast Share on Android, whenever you’re not using them.

The six hacks that were discussed above in our article were only a few attack methods that I found important to discuss, but there are definitely more vulnerabilities that exist. If you pay close attention to each hack, the ways to prevent each one are almost all the same. It is your responsibility to protect yourself from Bluetooth hackers. Taking your security seriously can never be too much.

Read Also: How to charge your phone faster